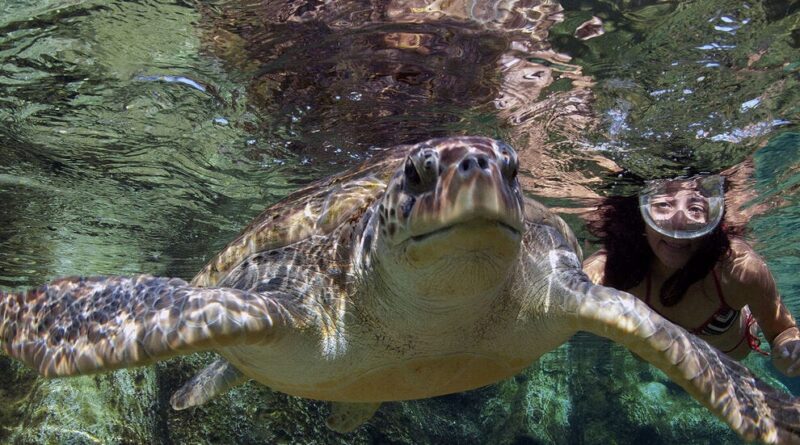 Popular for its world-class diving, this Caribbean island offers just as much fun on land

The Cayman Islands have long been a popular destination for travelers, with its tropical climate and laid-back vibe. Getting there is fairly easy for those on the U.S. East Coast. With a nonstop Cayman Airways flight from LAX, the islands are gaining traction with the West Coast set too. But what are you to do once you arrive? If you’re heading to Grand Cayman, the largest of the Cayman Islands (the other two being Little Cayman and Cayman Brac), there’s no lack of options.

The Cayman Islands offer some of the world’s best scuba and snorkeling excursions for all skill levels, from steep dives and shipwrecks to artificial reefs, teeming with wildlife. Visitors can get PADI certified at a number of dive sites. Believed by many to be one of the best beaches in the world, Seven Mile Beach is known for its calm, crystal-clear waters and silky, soft sand. Many hotels along its shores (and near the public beach) offer a multitude of above-water adventures, from swimming, surfing and jet skiing to paddleboarding, kiteboarding, windsurfing and kayaking. 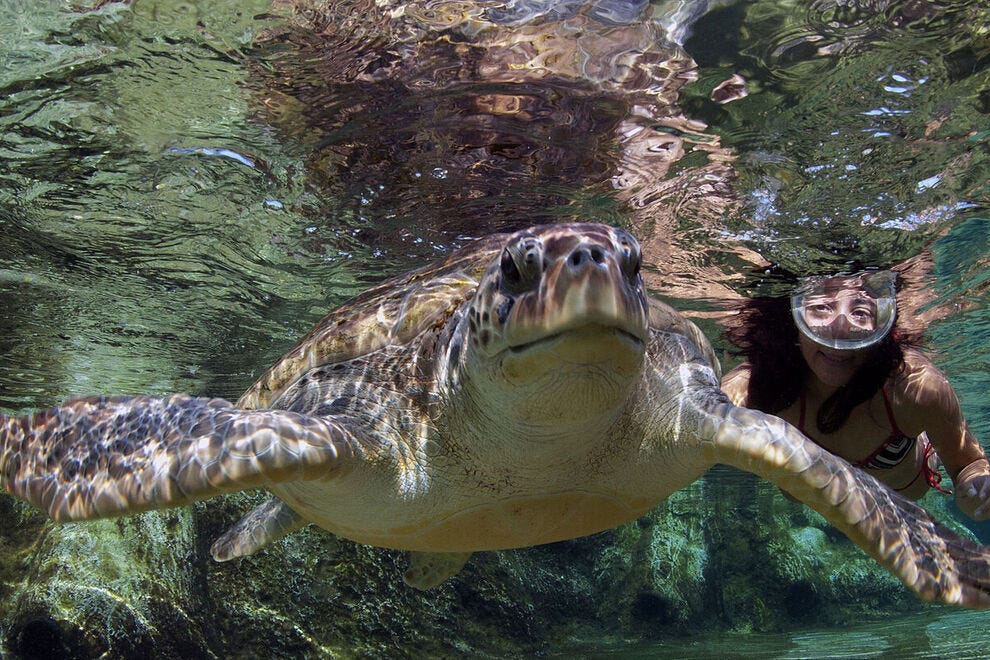 Claiming to be Grand Cayman’s largest land-based tourist attraction, at Turtle Centre, guests can encounter and interact with sea turtles, including swimming alongside them in the Turtle Lagoon. The center also conducts animal-friendly studies on sea turtles, marine science and eco-tourism. According to officials quoting several studies, the center’s turtle release programs have resulted in the growth of the wild green sea turtle population. 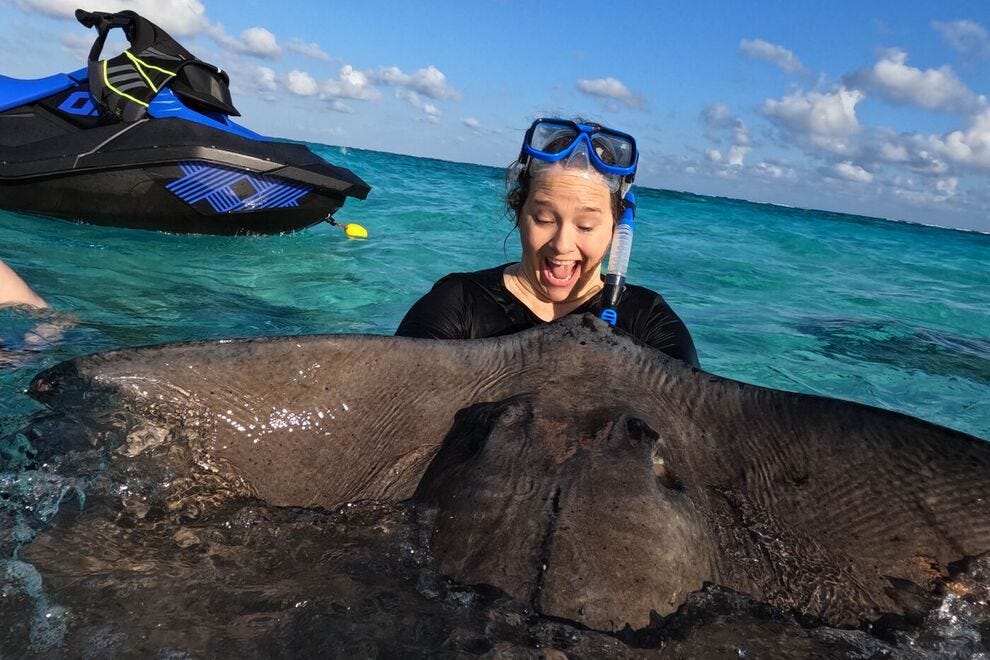 Few people have the urge to cuddle a wild stingray, but in Grand Cayman this often moves to the top of the to-do list. A number of local operators, including upscale Five Star Charters, will shuttle guests across the Caribbean Sea to a group of shallow sandbars in the North Sound, dubbed Stingray City. Here, guests can swim with, feed, hold and even kiss stingrays. Guides provide direction on how to interact with these soft, graceful beauties of the sea who have been acclimated to human interaction. After a stop here, most tours and charters motor to Starfish Point, a shallow beach near the center of the island, where a multitude of starfish can be found in the sand. 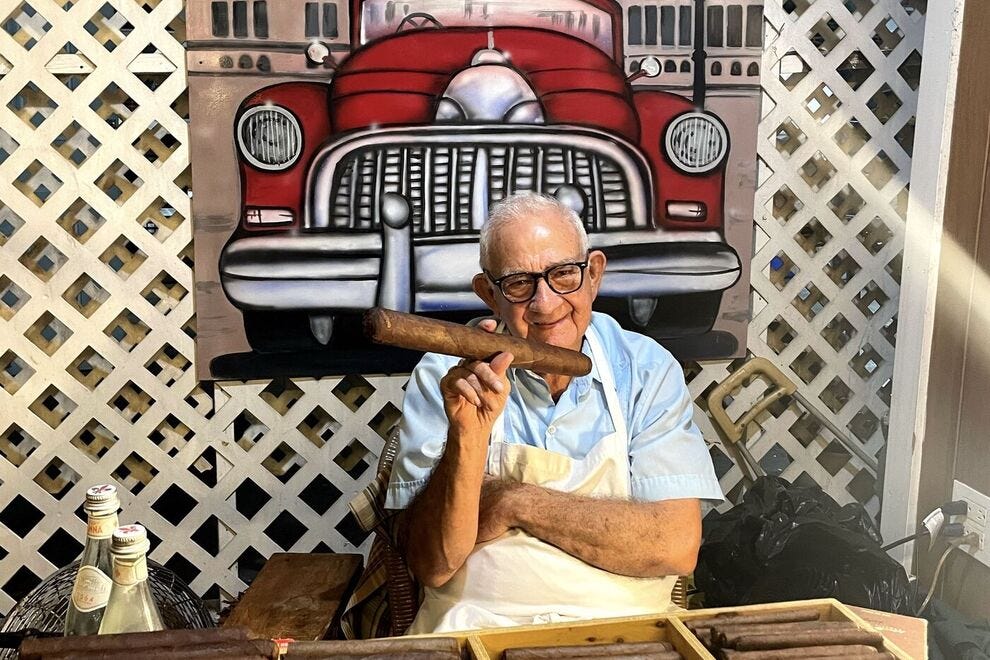 There’s no lack of restaurant options on the island, and some of the best are located along Seven Mile Beach. Innovative sushi and ceviche are served up fresh at woto in the Westin Grand Cayman Seven Mile Beach Resort and Spa, while Coccoloba, inside Kimpton Seafire Resort and Spa, specializes in tacos and creative Mexican cuisine that you can enjoy beachside. Further afield on the island, the Grand Old House — a favorite of many locals — is one of the oldest restaurants on Grand Cayman and features traditional Caymanian cuisine, as well as an impressive wine selection and a skilled resident torcedor, rolling cigars on-site. 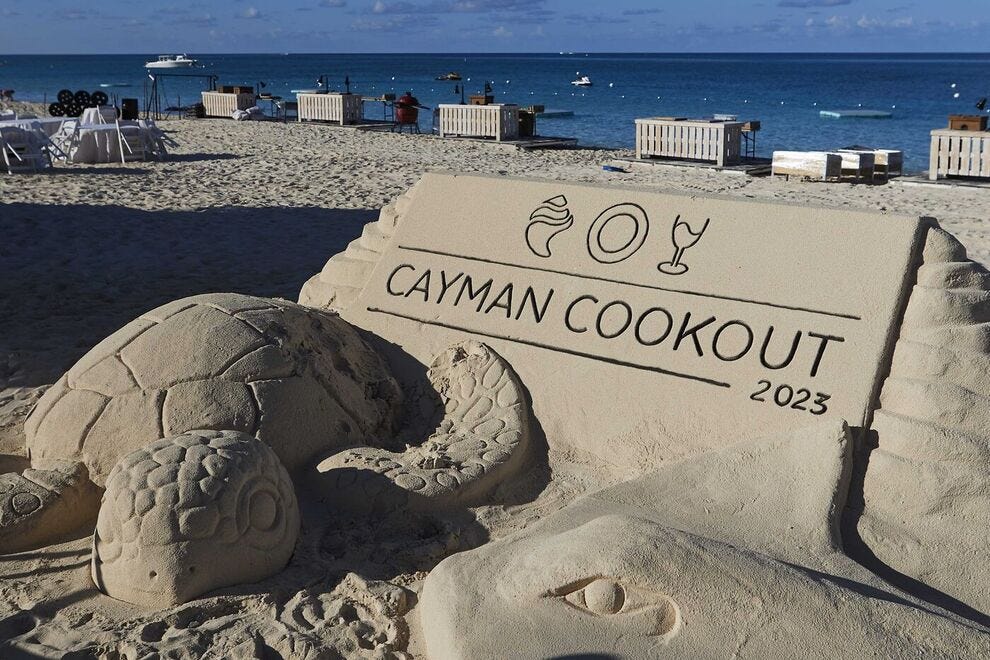 Few locations around the world offer a food and wine festival where the number of attendees is kept to a minimum and said attendees have the chance to interact fairly freely with celebrity chefs. That’s why the Cayman Cookout, which returned in January 2023 post-COVID, is a favorite among both chefs and guests. Led by chef Eric Ripert and hosted at The Ritz-Carlton Grand Cayman, the 2023 lineup featured chefs José Andrés, Emeril Lagasse, Dominique Crenn, Daniel Boulud and many others. 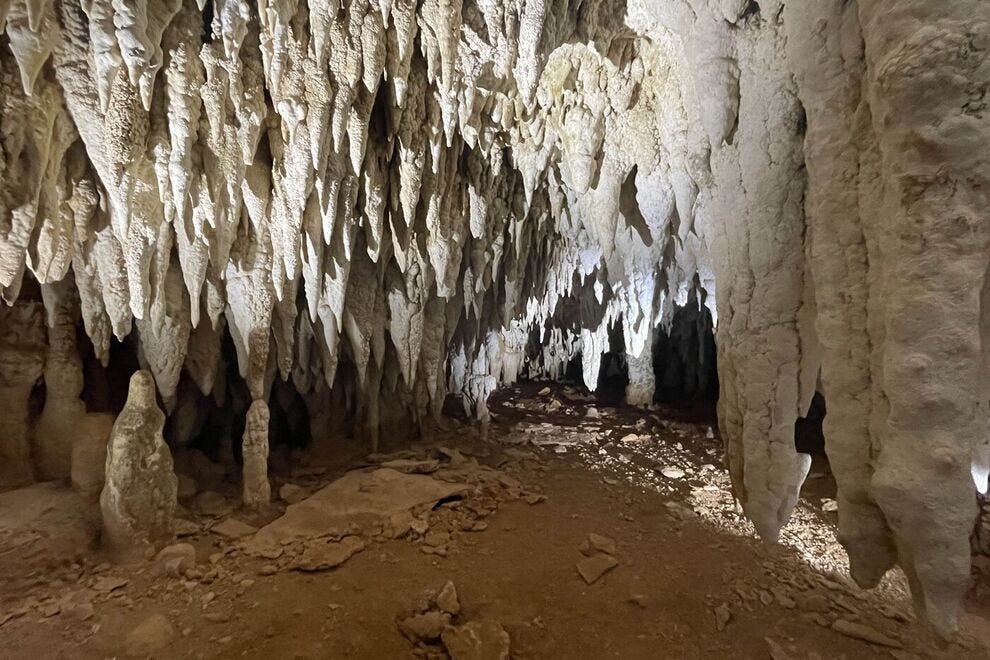 Situated in a tropical forest in Old May Bay, Cayman Crystal Caves are filled with stunning stalactites, stalagmites and black diamonds. Some areas are also home to colonies of bats (adults and babies), but they tend to keep to themselves. Visitors can book tours that last about an hour and a half. Knowledgeable guides point out notable flora and fauna and share the history of how pirates once used the caves as hideouts. 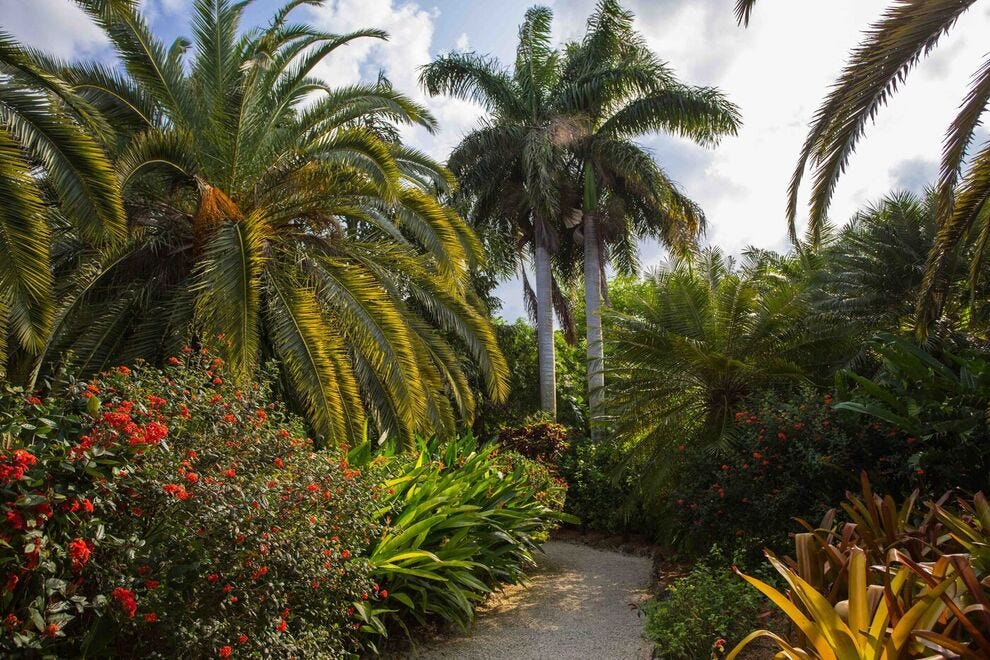 The Queen Elizabeth II Botanic Park offers a variety of gardens, a boardwalk and a trail. A two-acre lake serves as a breeding ground for rare aquatic birds and animals, such as the West Indian Whistling Duck. The park sits on 65 acres owned by the National Trust for the Cayman Islands and the Cayman Islands government. 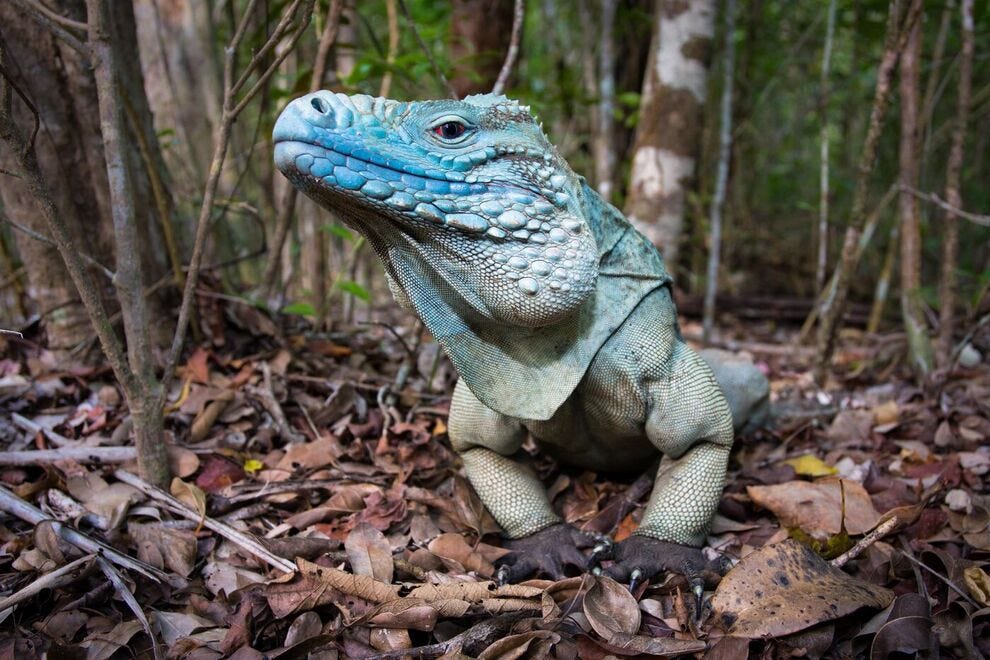 The Queen Elizabeth II Botanic Park is also home to the Blue Iguana Conservation Programme, where visitors can check out the endangered Grand Cayman Blue Iguana. The habitat is a captive breeding ground for these iguanas that, only two decades ago, were facing extinction. The tour shares the story of the program’s beginnings in 1990, with only 30 blue iguanas. According to the website, today the facility is home to about 100 blue iguanas of varying ages, many more than 5 feet long and in excess of 25 pounds.

National Gallery of the Cayman Islands 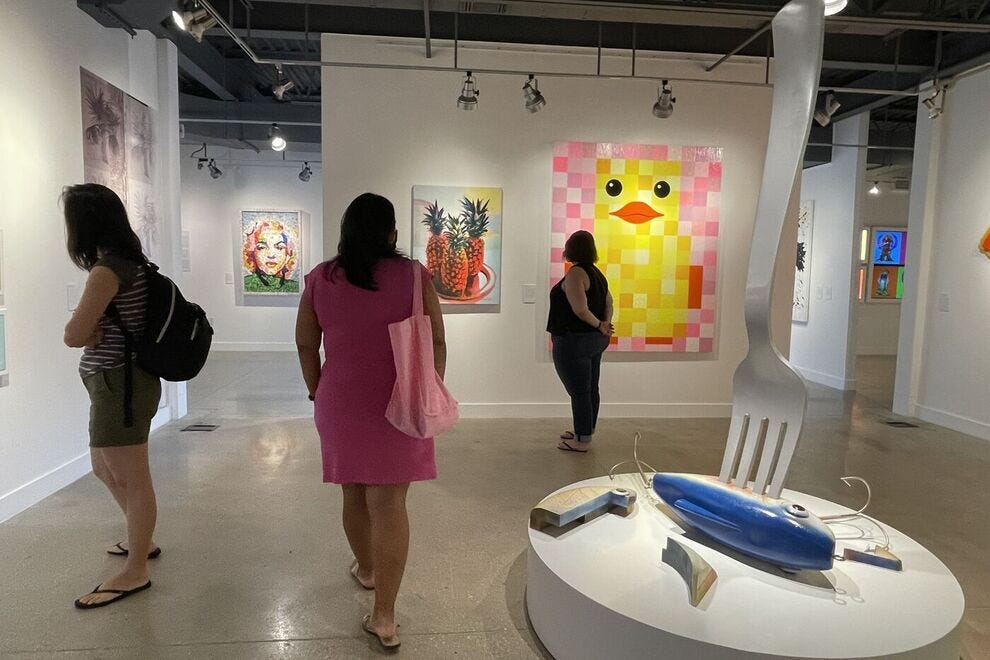 Not far from Seven Mile Beach, the National Gallery of the Cayman Islands features local Caymanian artists who share their interpretations of the island’s history and culture through their art. The museum rotates pieces from the National Art Collection on the second floor with special exhibitions on the main floor. There’s also a sculpture garden and an exhibit dedicated to the late “Miss Lassie” (real name Gladwyn Bush), who started painting in her 60s after a visionary experience. Her home, whose walls and furnishings are covered in her art, is open for visitors with reservations. 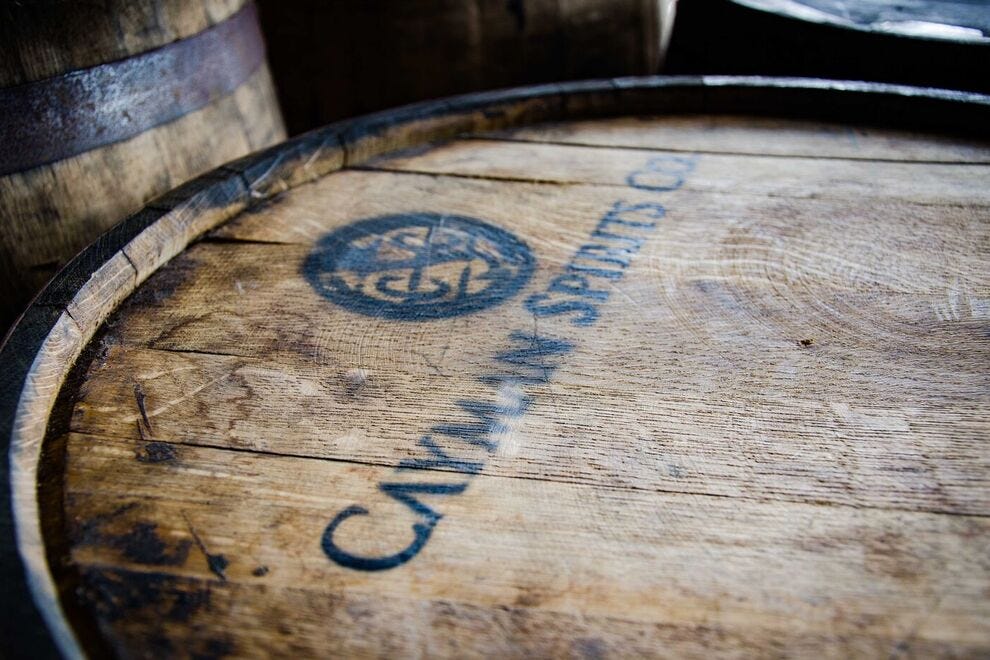 For those who imbibe, a trip to Cayman Spirits Co. Distillery is worth a visit. A tour provides an inside look at the distilling process for their brands: Seven Fathoms Rum, Gun Bay Vodka, Governor’s Reserve Rum and H.H. Hutchings Liqueurs. Treat yourself to one of their signature drinks: a Cayman sour or a Catamaran with a sugar rim.

For more information and things to do in Grand Cayman, visit www.visitcaymanislands.com

Top Things To Do in Malta 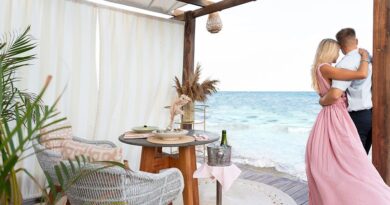 10 best adults-only resorts for a romantic escape in 2023 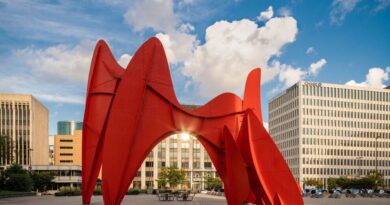 Top US places to visit if you love art