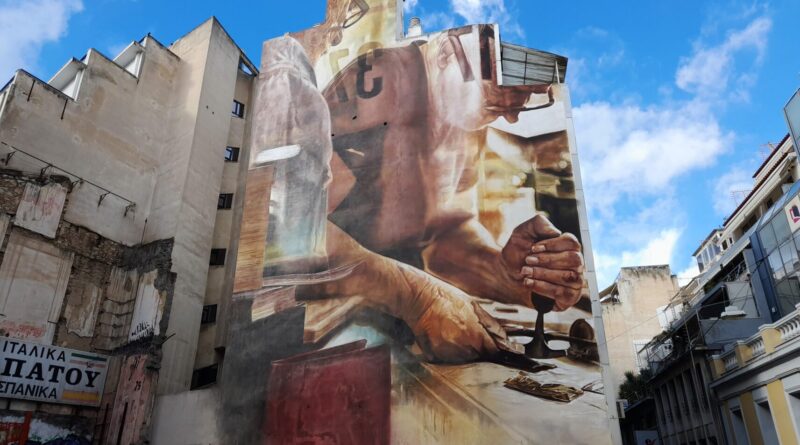 Looking to explore the best street art in Athens? Keep reading for all the details you need to know.

Street art is a form of art that is created and displayed in public places. According to Wikipedia, “Many instances come in the form of guerrilla art, which is intended to make a personal statement about the society that the artist lives within. The work has moved from the beginnings of graffiti and vandalism to new modes where artists work to bring messages, or just beauty, to an audience”. Street art springs from the life of the city. It is created by the most lively and restless part of society and reflects, in every period, the real soul of the city and the concerns of its inhabitants. Based on the social, cultural, and political ideals of each historical era, street art paints a distinctive portrayal of every city.

There is a distinction between graffiti and street art. Graffiti typically consists of written words intended to represent a group or community, while street art includes images and symbols. While both works represent a message, the difference between them is their audience. Street art generally wants to attract a wide audience, while graffiti is usually aimed at a specific group.

You’ll find street art in cities around the world, including Athens in Greece. If you’re visiting the city, here’s where to see the best street art in Athens.

See also: A Guide to the Best Street Food in Athens

Street art has developed mainly in large urban centres and Athens is no exception. The central areas of Athens have become one of the hottest destinations in the world for street artists. The neighbourhoods of Athens that are real street art galleries with numerous works (some of them made to order) are Psyrri, Metaxourgeio, Gazi, Omonoia and Exarcheia. But there are also many remarkable works in Plaka, Monastiraki and Petralona (on Thessalonikis Street there are some very good examples).

Of course, this does not mean that there are no remarkable and unique works in other neighbourhoods of Athens. In recent years, numerous excellent works of street art in Athens have also been produced around the port of Piraeus.

Psirri neighbourhood is inextricably linked to the history of street art in Athens. From a neighbourhood of fun and delinquency in the 19th and early 20th centuries, it evolved into a neighbourhood of workshops of various specialties and finally into the centre of the nightlife of the contemporary city. Along the way, it has gone through many cycles of decline and revival and is now back on top with its relaxed atmosphere and many dining and nightlife options. The narrow streets of Psirri are full of well-known works by foreign and Greek artists, while today many works are made to order from businesses in the area.

Metaxourgeio is one of the oldest neighbourhoods in Athens and was created near the ancient cemetery of Kerameikos. Although it started as a neighbourhood of wealthy citizens, after the creation of the silk factory (which gave the area its name), it developed into a working-class neighbourhood. After decline and abandonment in the 1990s, its development began again in the first decade of the 21st century.

Today, it has become a busy area with restaurants, cafes, and bars, particularly popular with young people and students. The concentration of youth in this neighbourhood and the existence of many old buildings have turned Metaxourgeio into an open air exhibition of leading and important works of street art in Athens.

Next to Metaxourgeio, the area of the former gas factory, named Gazi, is considered by many to be the place where street art was born in Athens. In the neighbourhood where the Athenian past mixes with the modern present, you can admire some of the most impressive murals but also discover hidden gems by Greek and international artists. Works with political and social messages as well as a strong concern for the future are reflected in the art of the area.

Omonoia is Athens’ most central square, and it was once the centre of the city’s social and commercial life in the decades preceding 1990. It then declined and became a hotbed of crime and a gathering place for illegal immigrants. In recent years, an attempt has been made to revive it and transform it once again into a lively part of the city. The grey and usually ungraceful buildings in the area around the square formed the canvas for some large-scale works of art that were able to beautify the impersonal streets of this side of the city centre.

The area of Exarcheia is a lively and alternative neighbourhood of Athens. During Greece’s seven-year dictatorship (1967–1974), the area was the focal point of people’s resistance events, and thus, after the dictators’ fall, Exarcheia emerged as a quintessentially “revolutionary” area, bringing together intellectuals, anarchists, students, leftists, and many others.

It was also and still is an area where the offices of organisations of the parliamentary and extra-parliamentary left were housed, as well as a place for anarchist groups to ferment and act. In this context, it is also a space for the expression of street artists, whose works, in many cases, have a strong political and social character.

10 of the most famous murals in Athens

No one can record all the street art works that exist in the neighbourhoods of the city. Apart from their large number, they are also living works that could be destroyed at any time, and others could take their place. From the great works of art that can be found on the walls of the city, we have selected ten of the most famous  as representative examples of the artists and the various artistic trends that they express.

Many individuals view street art as a type of pollution that disrespects the city’s citizens. This may be the case in certain instances, but on the other hand, it is also a manifestation of art in its most pure form, which the government and the citizens must accept and incorporate into the artistic, cultural, and social life of the city. But at the same time the citizens, their homes, and their daily lives should all be respected by the artists. Nothing is more stunning than a painting on the wall or the colourless side of an apartment complex. 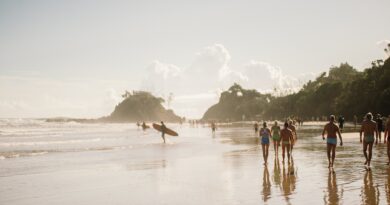 A Guide to Surfing in Byron Bay, Australia 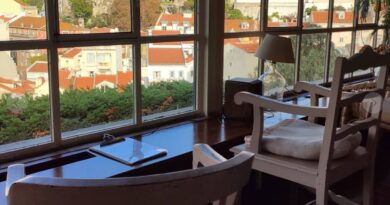 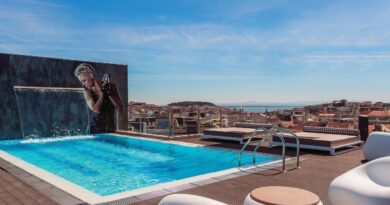