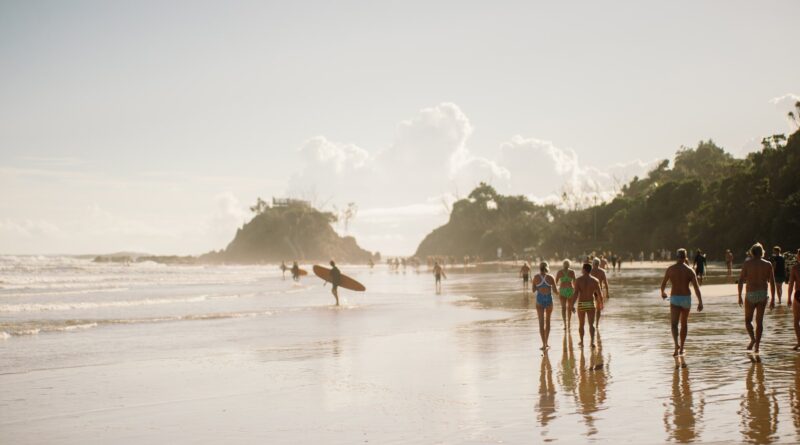 The beaches Belongil Beach, Main Beach and Clark Beach are perfect for beginners.

The most famous is The Pass, but it is not recommended for your first surf session.

If you are already experienced and looking for a challenge, but you don’t want to miss the colorful magic of the place, we can recommend Tallow Beach. Due to its very strong current, the beach can be dangerous for beginners, but a welcome adrenaline rush for professionals! You might even catch a glimpse of some dolphins!

The furthest north beach of Byron Bay, Belongil might become your favourite. It’s usually much less crowded than other beaches. A short 10 minute walk up from Main Beach.

One of the most popular areas in Byron is due to a ship wreck poking out of the water. It’s also great for snorkelling!

Super recognizable by the rudder sticking out of the water. On the right swell, you’ll see a super hollow left off the rudder, or a punchy right hander off the submerged boilers.

The beautiful Main Beach of Byron Bay is the perfect place to take a refreshing dip! With its lifeguard patrol, it’s definitely the safest spot for swimming and surfing.

This section of beach has loads of peaks, which are perfect for all levels on a smaller swell. However, when the swell gets bigger, these peaks can become really hollow and challenging, especially during cyclone swells.

Wategos is a sand-bottomed surf spot loved by loggers for its fun right-handers that are great for all levels. When a bigger swell rolls in, the outer banks start to break as well.

The most popular section of the beach in Byron is due to the right hand point break. The lookout rock is also a great spot to watch the waves and whale migration too.

The most celebrated surf spot is definitely the one that offers a lengthy, curling right-hand point break over a sandy bottom. When swells are smaller, it’s great for all levels of surfers – even beginners. But when conditions are more treacherous, be on the lookout for dangerous rip currents. Also be prepared for large crowds, as this spot gets super busy!

Broken Head is another delightful beach within ten minutes driving distance from town. It’s well worth a visit when heading up to Byron or down the coast.

If you’re looking for a more low-key beach experience, Tallows is the perfect spot. With less people around, you can enjoy the peace and quiet or even head to the nudist section down to the right!

On the other side of the Cape, Tallows Beach is a much wilder beach and absolutely amazing. Not suitable for beginners, beware of rips, heavy hold downs and the men in grey suits!

The general surfing conditions during the seasons are:

Throughout the year, warm sea temperatures in Byron Bay climb to their highest at the beginning of February. Even then, a rash vest and boardshorts should be good for surfing at any time of the year.

The lowest water temperatures in mid-August require something like a 3/2 mm long wetsuit.

Byron Bay has a mild temperate climate with warm summers and mild winters. Winters are not cold with daily maximums usually reaching a comfortable 19.4° C and a minimum of 11° C.

Summer can be hot, with a daily average of 27 ºC. Summer evenings can be wet, cooling the day so for a comfortable night temperature.

Clichés about surfing in Byron Bay and what is true

About surfing in Byron Bay, you may have heard some discouraging clichés like “it’s supposed to be full with sharks, with brutal locals and extremely crowded lineups.”

But what’s the real deal? Can you still have a relaxed time?

Cliché number 1: There are many shark attacks in Byron Bay

Not true! Although Australia is the habitat of many shark species, statistics show that most attacks occur in the state of New South Wales – with only 122 being recorded between 1990 and 2016.

What’s more, Byron Bay accounts for 12 of these incidents over 26 years, making the risk very low. Much more likely are car accidents or being struck by lightning.

Locals don’t worry about sharks at all, but criticize shark repellent measures installed at busy surf spots such as drumlines and nets – as they endanger many marine life forms.

Instead it’s all about the “Blue Bottles” – relatively harmless small jellyfish that can sting quite a bit.

Cliché number 2: The surf spots in Byron Bay are overcrowded

The Pass is definitely one of the most popular surf spots on the East Coast of Australia because the waves are fantastic and it’s easily accessible. There’s always a lot going on there and on weekends the crowds can get pretty big.

But usually this is the only spot in Byron Bay that’s really crowded. If you venture away from the pass, you’ll find that the lineups get a lot quieter! Check out some of the other spots on the list above and ask locals (for example, in surf shops) for tips.

Cliché number 3: The locals in Byron Bay are brutal

Unfortunately, this is partly true! Aggressive locals can sometimes be found at the pass who do not shy away from “full contact”!

Even locals warn to avoid this spot themselves. The sobering realization, “Surf Rage” really exists.

“Rage surfers” also exist at the Wreck. Be careful on the Outside and aware that you are taking a risk despite knowing surf etiquette. At all other Byron Bay spots the vibe is much friendlier. 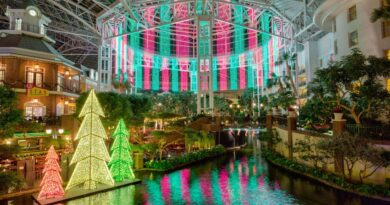 20 of the best festive hotels and inns for the holidays 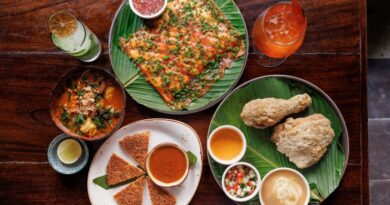 6 ways to enjoy and learn about Panamanian food 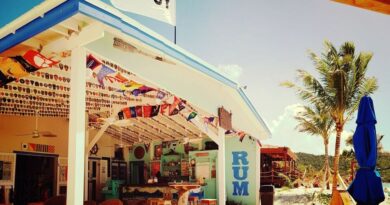