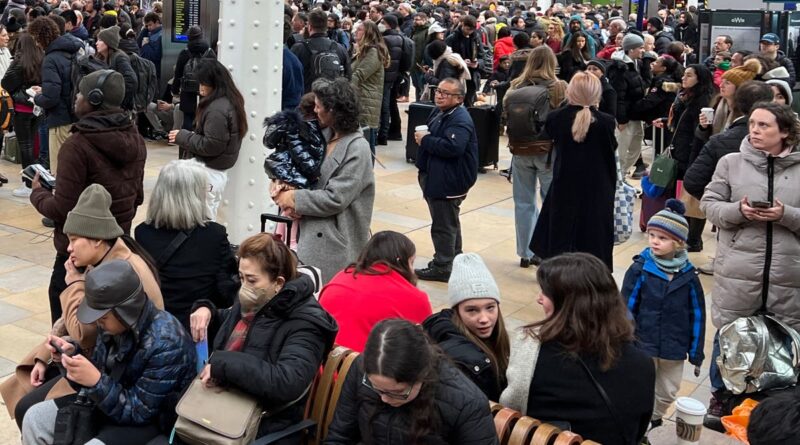 To the fury of rail passengers across Britain, the resumption of train services after a four-day Christmas strike turned into a shambles in many locations.

At London Paddington, hub for the west of England and South Wales, thousands of travellers hoping to return home after Christmas breaks turned up to catch trains that did not exist.

The first wave of departures to Cardiff, Oxford, Bristol and Plymouth was wiped out by overrunning engineering works at North Pole depot, close to Paddington.

Adrian Bevan was trying to get home from Paddington to Newton Abbot in Devon. “My train is nearly two hours late already,” he told The Independent. “It’s ridiculous. Just a disaster, again. Very, very disappointed, again.

“All I want to do is get on my train, drink my Thatchers and be happy.”

Two American tourists were last seen heading for the exit from Paddington having booked a car to take them to a spa hotel Moreton-in-Marsh in the Cotswolds at a cost of £320. “We’ve already paid for treatments, and they start at 1pm,” they said as they left.

“I’ve been here since 7am,” said Tom Davies, who was hoping to get home to Swansea in time to work at 2pm.

“There’s not been much communication. They said 10 o’clock they’d be opening back up, then they said half-past. So who knows? It could be any time. Looks like I’ll be late for work.”

The first trains left just before 11am, at least 97 minutes behind the intended start of services.

A spokesperson for Great Western Railway (GWR) said: “Network Rail and GWR teams have been working hard to keep passengers as up to date as possible in a rapidly changing situation, and we’re sorry for customers inconvenienced this morning.

“We are expecting delays to reduce over the coming hours, but there may be some continued disruption on some routes throughout the day.”

With far fewer trains during the morning, passengers were left standing on stations including Reading, Swindon and Stroud due to extreme overcrowding. At Reading, travellers hoping to catch nonstop trains to London Paddington were directed to the much slower, all-stations Elizabeth Line.

Elsewhere in Britain, similar scenes were playing out after the four-day strike by members of the RMT union working for Network Rail.

The private operator Lumo combined its first two departures from Edinburgh to London after delays moving trains from the depot.

When finally the rolling stock was ready, Lumo tweeted: “Our team will be doing their very best to load customers and their luggage promptly and safely. We kindly ask customers not to take these issues out on our on train team. It’s not their fault.”

Passengers with tickets to board at Newcastle were urged to travel on other trains and claim their fare back.

Links between London and Gatwick airport did not resume until the afternoon – whereupon a signal failure delayed services, with the first train from London Bridge arriving 35 minutes late. The main Gatwick Express link from Victoria is closed because of engineering work.

Many stations remain closed for the rest of the year due to an overtime ban by members of the RMT union.

South Western Railway, which runs to and from London Waterloo, told passengers: “You are urged to only travel if absolutely necessary.”

The train firm is running a much-reduced service on its main line to Woking, Winchester and Weymouth, as well as the Windsor line.

For the rest of the year it has taken many stations offline as it seeks to run a reduced service on its main routes.

Two dozen stations will see no trains at all, while 13 more have no services scheduled to stop.

Chiltern Railways has axed its entire Midlands network until 9 January. 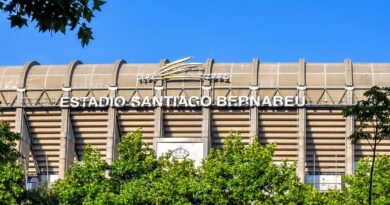 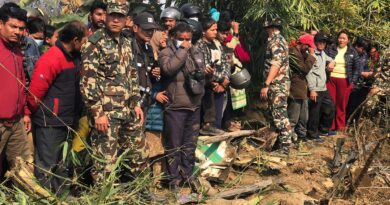