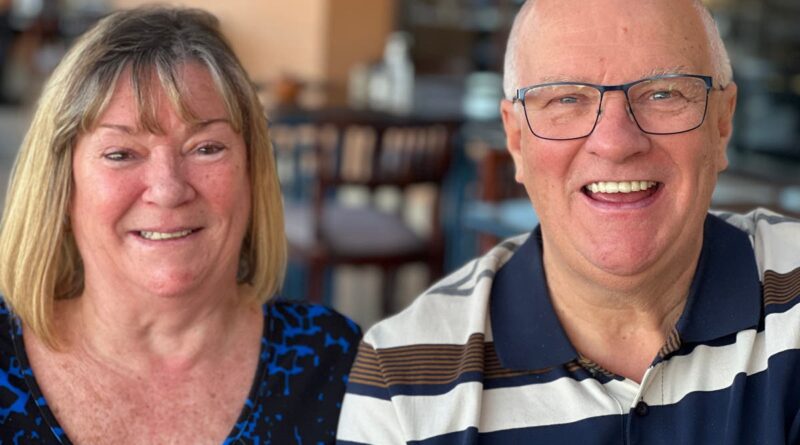 “It’s cheaper to be here,” chorus Brenda and John Stewart-Davis, as they sit on the terrace at the Stella Gardens resort on Egypt’s Red Sea coast. “We’ve switched our heating off, so our electricity and gas bills will be on the service charges, really,” says Brenda.

“Because we’re retired we’re indoors all day, so we would have the heating on. Now we’re sitting without coats on in flip-flops.”

The couple are retired publicans from Kent, who believe they have landed the holiday bargain of 2023. In October they saw that easyJet Holidays was promising four weeks in Egypt for £650 per person. The figure includes flights with luggage from Luton, Gatwick, Manchester or Bristol; transfers between the airport and the Stella Gardens; and all-inclusive accommodation at a resort rated five stars, in Egypt at least.

“The weather’s fabulous,” Brenda, 60, points out as the winter sun shines from a clear blue sky. “The people are fabulous.”

John, aged 70, picks up the theme: “The hotel’s fabulous. No complaints.”

They are only a few days into the 28-day trip – in very select company. The £650 price was a very limited loss leader. The Independent met arrivals from Hurghada airport on the four specified flights from the UK, and found a total of only 12 people who said they had managed to snap up the easyJet Holidays deal.

The travel firm – the package holiday subsidiary of Britain’s biggest budget airline – has refused to say whether there were more than a dozen beneficiaries.

Brenda and John Stewart-Davis actually paid less than the quoted deal, picking it up for £609 each – equivalent to just £21.75 per day for escaping a British January. They also had to pay $25 in US dollars for a visa on arrival.

“The only thing we’ve factored in is money for tipping,” says Brenda. “All the staff are so pleasant.”

They certainly are, with meticulous service even in a property where fun feels industrialised. Finish a cup of tea or a glass of beer and another will magically appear unbidden. The deal includes unlimited drinks – though one mild grumble from a British guest is: “The glasses are too small.”

The Stella Gardens resort has more than 700 rooms together with three restaurants, eight swimming pools, mini-golf, table tennis and a series of bars including one subterranean venue that has the smoke-and-Smirnoff ambience of a Russian nightclub.

This is hardly surprising since the clientele seems split roughly equally between British and Russian guests. Egypt imposes no restrictions on flights from Moscow and St Petersburg – both of which are significantly closer than Luton, whence Brenda and John Stewart-Davis have arrived.

With a constant supply of food at the main buffet (catering more for the full English brigade than Russian clients), and excellent Lebanese and Chinese restaurants, the couple believe the numbers are in their favour.

The couple say they normally spend £100-£200 a week on food, drinks and treats such as takeaways. They are also saving on transport costs, particularly petrol, as well as utilities.

Karl, who has recently arrived from Manchester as another beneficiary of easyJet’s mega package, concurs: “We could probably stay at home for more or less the same price, but we wouldn’t be going to a different restaurant every night. If we were doing that, there’s no comparison. It’s cheaper to come here.

“We’re not having to do any catering and cooking. And it’s a nice bit of winter sun.”

Given the immediate vicinity, that looks a good plan for the coming weeks. Like the other members of the lucky dozen, Karl and Julie qualify for a band of gold – a plastic bracelet that also allows access to the sister property, the Stella Beach, which has a frontage on the Red Sea with neat ranks of sunbeds.

But to go any further requires quite an effort in time and money. Stella Gardens is in Meraki Bay, 20 miles (including a very serious police checkpoint) south of Hurghada itself. Three buses shuttle each day to the marina in Hurghada, for €7 (£6) each way. But the antiquity for which Egypt is universally celebrated is frustratingly far away.

Sheila Williams from North Wales booked her £600 holiday, lasting a week, only three days before departure. She concedes she is “a bit surprised at what Hurghada has to offer”.

“All the shops seem to be the same, lots of T-shirt and handbag shops,” she says.

Pyramid selling is not proving popular at the resort: while excursions to the monuments in Giza (outside Cairo) and also to the treasures of Luxor are on offer, they involve many hours’ travelling.

“Knowing Egypt is full of history, I assumed there would be more in this region than there actually is. It was a little bit not-thought-through,” she concedes.

However, even holidaymakers who didn’t manage to snag a month here for the bargain £650 price tag still seem happy.

Helen and Terry Bateman from Gloucestershire paid £1,200 each for the same 28 days. “We’re actually over the moon with it,” says Terry. “You can’t live at home for that.”

They had previously holidayed in Thailand in January, but the long flights and the increasing cost led them to look closer to home.

“What we’ve seen of this hotel – the facilities and the staff, absolutely out of this world,” says Terry. “They’re really nice people. I hope for the rest of the month that continues. Until 31 January we’re just going to enjoy the sunshine, this weather, have a good time.”

Digital nomads are nowhere to be seen. Like everyone else who is in Egypt for the long haul, Helen and Terry are not constrained by the need to turn up for work.

Brenda Stewart-Davis has a message for everyone at home: “Retire, retire early, and enjoy your life, because life’s too short.” 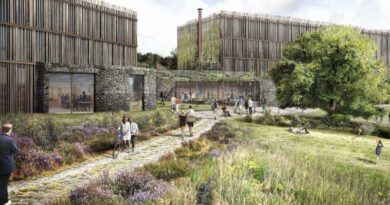 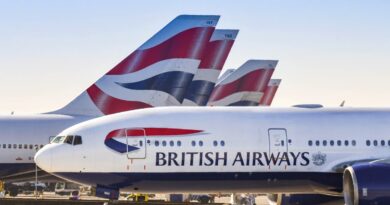