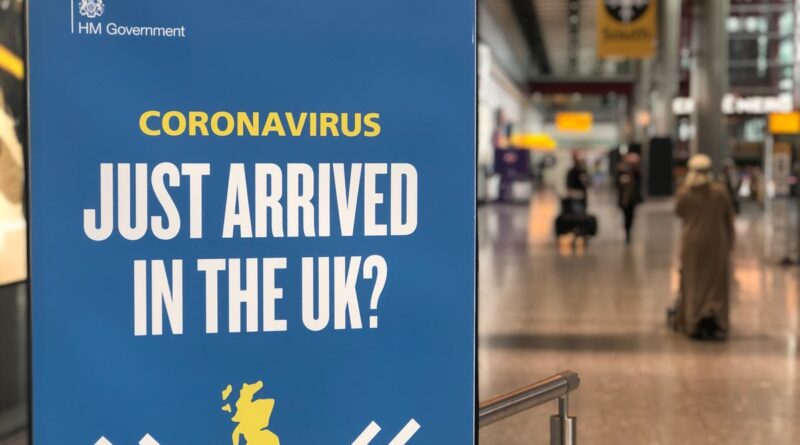 Covid travel restrictions are back. Every traveller flying from mainland China to England must provide a negative test result before being allowed on the plane.

In addition travellers flying direct from China to Heathrow may be invited to take a second test on arrival. The government says as many as 20 per cent of arriving passengers could be checked, though they are able to decline the invitation.

The government announced the measures a day after saying there were no plans to reintroduce Covid testing.

Why the new rules?

Since China abandoned its “zero Covid” policy, the virus has spread extremely fast through the People’s Republic. The life science data analytics firm Airfinity predicts infections will reach 3.7 million cases a day by the end of this week, with deaths estimated to peak 10 days later at around 25,000 a day.

The UK government fears the sudden changes in China increase the risk of a dangerous variant arriving. That concern is shared by Italy, the US, Japan and an increasing number of other countries that have introduced testing requirements.

Ministers here say the travel restrictions are necessary to detect “any new variants which may be circulating in China that could evade the immune response of those already vaccinated or which have the potential to successfully outcompete other variants and spread internationally”.

They are concerned about what they say is Beijing’s unwillingness to share data on the spread of the virus. But the UK government says it is “working with China on next steps” and that the measures will be reviewed “if there are improvements in information sharing and greater transparency”.

What is the new procedure?

Passengers aged 12 and above arriving from mainland China, not including Hong Kong, to England must take a Covid-19 test no more than two days before departure and show the negative result to airline staff at check-in. It can be PCR or lateral flow (rapid antigen); the latter is faster and generally much cheaper.

The airlines are required to do the checking.

The UK government has wheeled out its testing specification from the height of the Covid pandemic, which means the result notification can be in English, French or Spanish but not Mandarin. It can be provided as a printed document, or an email or text message on a phone.

The name must match your passport exactly and show your date of birth or age. It must specify the test provider (with contact details) and the date the test sample was collected or received.

The government says: “You cannot use an NHS-provided test as a pre-departure test.”

Most flights from mainland China currently arrive at London Heathrow (with a weekly Beijing-Manchester flight on Hainan Airlines), but the intention is to apply the restrictions UK-wide.

After they land, passengers aged 18 and above may be asked to take a second test, “to enhance existing measures to monitor for new variants”. Only Heathrow wil offer this option, and there is nothing to stop travellers declining and leaving the airport.

Can travellers show proof of recent infection instead?

No, only a negative Covid test will do.

Weren’t we told that Covid restrictions were over?

The government said it would “maintain a range of contingency measures in reserve” but deploy them only “in extreme circumstances” to delay any future harmful variants of Covid entering the UK should the need arise.

Mark Harper, the transport secretary, insists: “China’s lack of reliable Covid data means these sensible, proportionate and temporary measures are needed ahead of their borders reopening.”

Do many people travel direct from mainland China to the UK?

No. The previous Chinese restrictions mean that typically only one or two planes, with 300-500 passengers per day, are arriving from the People’s Republic to London Heathrow. To put that in perspective, more than 10 times as many people come in from New York alone each day.

In addition, there is a weekly flight from Beijing to Manchester.

What about travelling via another location?

The new rules apply “to all direct and indirect flights originating from mainland China”.

People who travel from other parts of China to fly from the UK to Hong Kong are included. A Xian-Hong Kong-Heathrow ticket holder will need a test. but those who originate in China but travel to Hong Kong on a separate ticket, or overland, it is not clear how airline staff would know they need to provide a test certificate. Three daily flights from Hong Kong currently serve London Heathrow on Cathay Pacific and British Airways.

Many passengers between China and the UK travel via the Gulf, in particular Dubai and Doha. Anyone who has a through ticket that shows an itinerary of, say, Shanghai-Dubai-Birmingham, must provide the necessary test result at check-in in China.

But as Scotland has not yet brought back travel restrictions, if they fly Shanghai-Dubai-Glasgow they would not need to provide a test. Whether a hard-pressed check-in agent in China would appreciated the difference between England and Scotland is a different matter.

If an arrival from China tests positive for Covid, what happens next?

The UK Health Security Agency has launched surveillance at Heathrow. Randomly selected arrivals from mainland China are invited to be tested for Covid at the airport.

The government says: “All positive samples will be sent for sequencing.” But arrivals with Covid will need not to self-isolate nor go into hotel quarantine, Anyone in this situation is asked to follow the standard UK guidance for people with Covid, including to “avoid crowded places such as public transport, large social gatherings, or anywhere that is enclosed or poorly ventilated”.

It says: “Try to stay at home and avoid contact with other people for five days after the day you took your test.

“You may wish to ask friends, family or neighbours to get food and other essentials for you.

What do the scientists say?

Professor Susan Hopkins, chief medical advisor at the UK Health Security Agency, said: “In order to improve our intelligence, we are enhancing our surveillance, in addition to our current routine testing protocol.”

But she said there is no evidence of potentially harmful variants circulating.

“The evidence suggests the recent rise in cases in China is due to low natural immunity and lower vaccine uptake including boosters rather than the emergence of new Covid-19 variants,” she said.

Many scientists are sceptical about the value of pre-departure tests from China, and say that to be effective, travel restrictions would require negative PCR testing of everyone flying to the UK from anywhere in the world.

Adam Kucharski, co-director of the Centre for Epidemic Preparedness & Response, said: “If an epidemic is growing, most infected people will have been infected very recently. Which also means they’re less likely to test positive.”

Dr Chris Smith, clinical lecturer in virology at Cambridge University, told BBC 5 Live: “I’m aligned with what Chris Whitty is said to have briefed Rishi Sunak, which is that screening people and then preventing them from coming is not going to make a great deal of difference.

“If you look at the burden of disease we already have in the country, we estimate – based on various surveys and sampling measures that are going on all the time – there’s something like 1-1.5 million cases of coronavirus infection in the UK already per week at the moment.”

Dr Smith said it was more important to screen on arrival – including analysing waste water on aircraft for viruses.

“This is valuable because it gives us a snapshot of what the virus is doing on the ground,” he said.

Planes arriving at Canada’s main airports, Toronto and Vancouver, have waste water tested to assess Covid prevalence from various regions of the world.

The Canadian public health agency said: “The samples are then sequenced to monitor for novel variants of concern.”

How has the travel industry reacted to the move?

With anger in some quarters. China is extremely important for global tourism and business travel. Before the pandemic, it accounted for one-fifth of all international spending. The travel industry was looking forward to a swift increase in Chinese people venturing abroad to help their financial recovery.

Willie Walsh, director-general of the International Air Transport Association (Iata), said: “It is extremely disappointing to see this knee-jerk reinstatement of measures that have proven ineffective over the last three years.

“Research undertaken around the arrival of the Omicron variant concluded that putting barriers in the way of travel made no difference to the peak spread of infections.

“At most, restrictions delayed that peak by a few days. If a new variant emerges in any part of the world, the same situation would be expected.”

Clive Wratten, chief executive of the Business Travel Association, called the move “a sucker punch to the entire travel industry” and “a huge step backwards for customer and corporate confidence”. He said Britain could be “inching back towards being an isolated island”.

Julia Lo Bue-Said, chief executive of the Advantage Travel Partnership, said: “This policy makes no sense at all.”

But Paul Charles, chief executive of The PC Agency, said: “This is a sensible and targeted light touch measure which ensures those departing China are Covid-negative. It also buys time for the UK government to gather and assess more information themselves about the extent of Covid within the country.

“This measure will help to prevent any future wider measures which would be damaging to travel overall.”

That is clearly a possibility. China is a special case of a vast population in which Covid infections are running extremely high and with a lack of openness from the health authorities.

But following the government’s speedy U-turn on China, if other nations are perceived to present a threat because of high infection levels or fears of dangerous variants then pressure could grow for expanding controls once again.

The World Health Organisation insists: “Travel bans will not prevent the international spread, and they place a heavy burden on lives and livelihoods.” 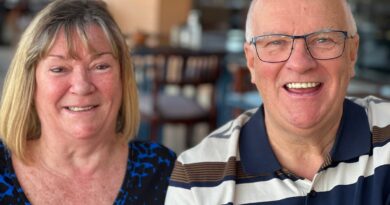 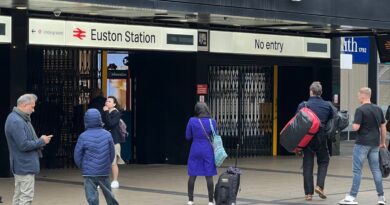 Is there a train strike today? Everything you need to know 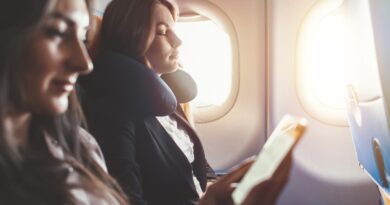