Late nights in Barcelona may have a slightly different connotation than in other cities; as late night usually means partying well into the wee hours of the morning. Most of Barcelona’s clubs don’t get going until after 1am with some closing around 3am or 4am, but with a large majority remaining open until later. Whether you’re looking for late night chill out music, electronic, top 40, reggae, house or 90’s rock, there are plenty of lively venues all over town, many of which are open until 6am, 7am and often 8am. And if you’re still going strong once the sun comes up, then it’s time to check out Barcelona’s clandestine after-hours scene. Most of these bars are tucked away in the Gotico or Born neighborhoods, situated in back alleyways and hidden behind metal doors. They also usually require a password in order to get in so the best thing is to find a local who’s been there before and tag along with them. These bars remain open until the early to late afternoon, giving you just enough time to go home, take a nap and freshen up, before starting all over again. Be sure to check out the bars in Plaza Reial which are great to frequent before the clubs.

If you’re looking for Barcelona’s upscale, posh and trendy crowd, then you’ll find them at Luz De Gas. This is one of Barcelona’s oldest and most well known clubs. Featuring in house dj’s and often live music events, it’s a great place to keep the partying going well into the morning. Luz De Gas is huge with a spacious first floor and a second floor where you can watch the madness going on below. It’s known as a ‘meat-market’ so if that’s what you’re looking to accomplish, this is the place to be. However even if you just want to dance the night away it’s ideal for that as well.

Recommended for Late Night because: A crazy, fun night out in one of the city’s largest and most happening nightclubs

Sam’s expert tip: Use the bathroom on the second floor, it’s less busy than the one near the entrance 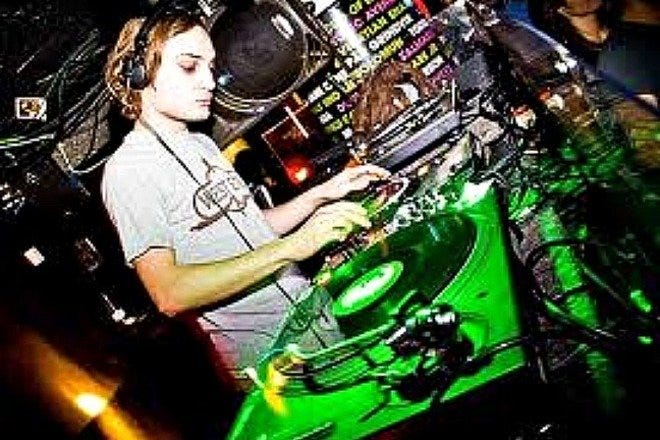 With two floors playing completely different music nightly, you can feel like you’re attending separate clubs at this trendy Barcelona venue. Rock out to heavy metal upstairs and then dance to minimal house on the main floor. BeCool often features well known DJ’s so be sure to check the website for upcoming artists and shows. This is a really fun club and mainly full of locals who live in the upper part of the city, so you’ll see a different side of Barcelona than if you only stick to the Old City and Gothic Quarter. The two floors provide for two very different clubbing experiences.

Recommended for Late Night because: One of Barcelona’s chicest and coolest clubs located in the posher part of the city

Sam’s expert tip: Look for flyers strewn throughout the city (handouts or in bars and cafes) and get free entrance to the club. 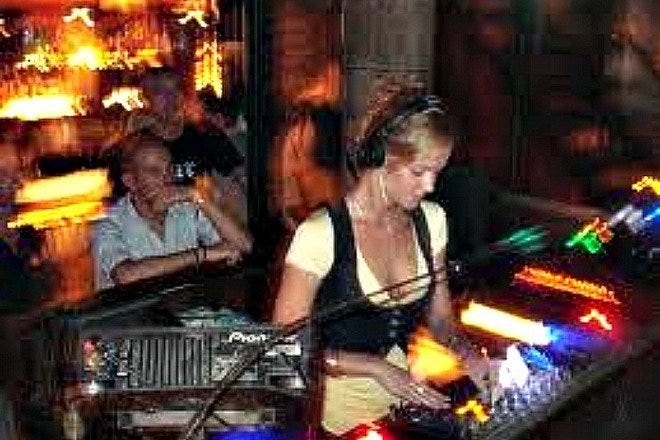 A Barcelona staple, Macarena Club has been around for years and to locals and tourists alike it is a late night gem. But be sure to arrive early (by 1:30am) as the club is tiny and once it reaches capacity, the doors shut. If you’re looking for a mix of house and electronic beats this is the place to go. Centrally located in the Gothic Quarter, it’s easy to find and easier to stumble home from, especially if you’re staying downtown. Macarena has a loyal following so locals come nightly meaning it’s always busy and for a very good reason. 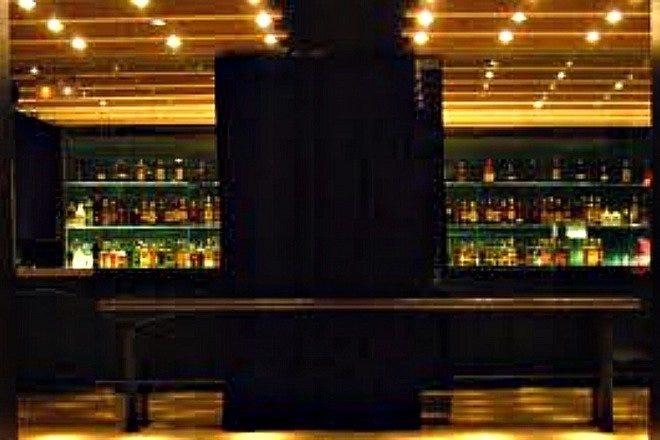 Relatively new to the Barcelona Club scene, Marula is a vibrant space, ideal for hosting concerts, live music and parties. It specializes in funk, but features rock, pop, jazz and other genres as well. Centrally located in the Gothic Quarter, right off of Plaza Tripi and La Rambla, this is a great late night party especially on weekends. Situated on Escudellers street, this is one of the liveliest streets in the Old City, right beside ‘Plaza Tripi’ and a stone’s throw from other clubs like Macarena and El Paraigua behind Plaza Sant Jaume. It’s a lot of fun and extremely unpretentious. 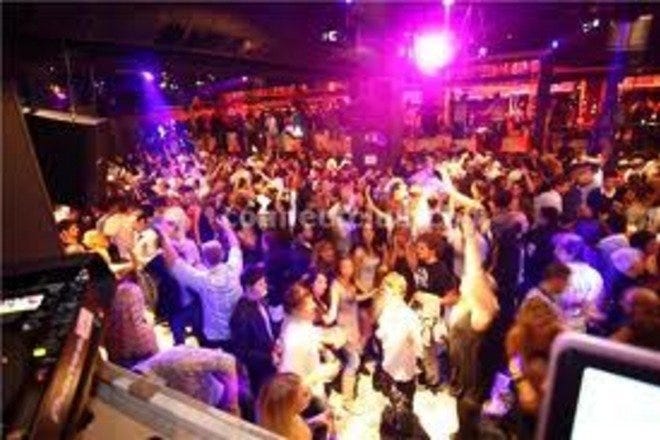 Ladies throw on the heels and guys switch up the board shorts for trousers, if you want to get past the bouncers at Opium Mar. Overlooking the beach and located next to the elegant Hotel Arts, Opium is one of the hottest nightclubs in town, acting as a restaurant, bar, lounge and club all in one. If you plan on hitting the town for the night, go for dinner at Opium and then stay and watch as the restaurant slowly transforms itself into party central just a little after 12am (while avoiding the lines outside.) You can also put your name on the list and cut the lines that way.

Recommended for Late Night because: Barcelona’s craziest late night dance club along the beach – go to see or be seen 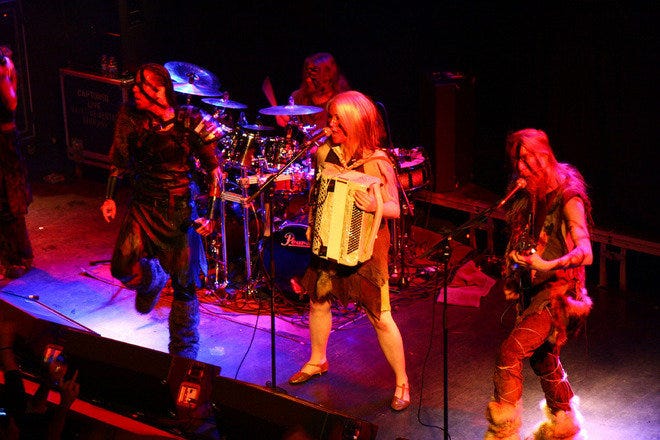 This hot dance club located in an old theater stays rocking until six in the morning! In the main room, you will find a crowd that loves to groove to techno. If that’s not your style, you can try the Picnic Bar where they play Pop or the Def Room where they play Hip-Hop. On the weekends, you are likely to find a dance-a-thon here. This is a great club as it’s large enough to enjoy a variety of music in the various rooms that make up the club yet still intimate so that you feel as if you’re enjoying music with good friends.

Recommended for Late Night because: An out of the way club with a great venue for live music and indie bands in particular

Sam’s expert tip: Apolo II is right next to Apolo I and often has excellent concerts

Indie rock with the occasional live music gig, Sidecar is sheer late night fun. You can’t get more central than Plaza Reial and this hip, unpretentious two-storey space (restaurant and bar upstairs, club downstairs) is a great way to dance until the sun comes up. Sidecar is great for those looking to have a good time in an unassuming atmosphere in the center of the Gothic Quarter. Their bands are excellent with a great live music selection as well as the occasional DJ night playing a mix of funk, blues, top hits and 70s and 80s. If you get bored walk two seconds to Karma or Marula Cafe.

Recommended for Late Night because: A cool and established Barcelona club in the heart of the Old City in Plaza Reial

Sam’s expert tip: Show up before 2am if you want to avoid a line.

It’s worth the line up if you’re in the mood for top 40 hits. Located in the slightly more elegant, Eixample neighborhood, Hyde is a small, unassuming nightclub with a young university crowd. If you’re looking for a great night on the town, this is always a sure bet. Located in the Eixample neighborhood you’re close to other very chic and trendy bars and clubs and not far from Passeig de Gracia and Rambla Catalunya. This is a small, very packed and extremely fun dance club. There isn’t much seating room so be ready to dance all night and have a good time.

Recommended for Late Night because: A fun 80s and 90s night club with university students and young expats having a good time 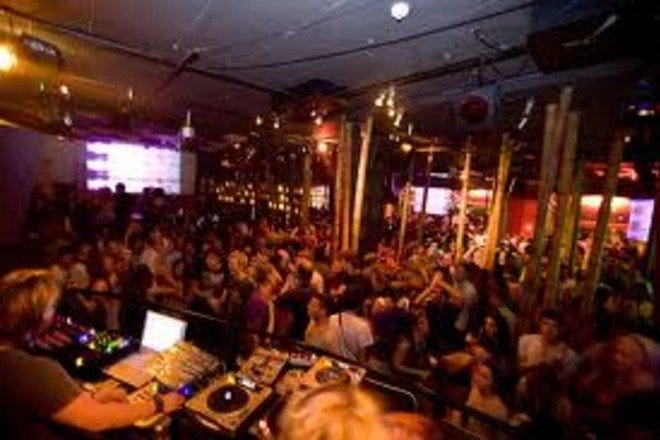 See and Be Seen at Carpe Diem Lounge Club (CDLC). Posh, chic and trendy if you’re up for an expensive and elegant night out this is the place to be. This bar, restaurant and lounge has an exclusive VIP area, often frequented by football players but available to anyone as long as you buy a bottle of alcohol (usually 130 Euros minimum.) The inside of CDLC is tacky chic and if you enjoy the hukkah there are plenty of tables where you can choose which flavoured tobacco you prefer. This is a fun night full of good laughs, cheesy music and a very late evening.

Recommended for Late Night because: The party doesn’t stop until 6am. This is an exclusive club where VIP’s run rampant

Sam’s expert tip: Put your name on the Facebook list if you want to avoid long lines 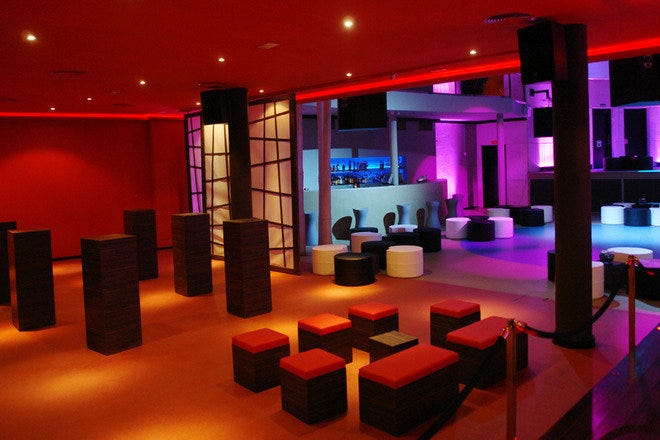 This club, bar, restaurant, cocktail lounge and above all one of Barcelona’s greatest party venues is just a stone’s throw from the beach and hosts some of Barcelona’s most beautiful people nightly. Once the sun goes down the restaurant transforms into a lively club featuring well known resident DJ’s and very often themed parties. The space is large and the atmosphere is intense and full of excitement, especially if you’re looking to party until the sun comes up. It’s right next to CDLC and Opium Mar so if you’re sick of the scene at Shoko you can step outside and be in another venue in a matter of minutes.

Recommended for Late Night because: A Barcelona, beach-side club staple especially if you want to throw on the heels 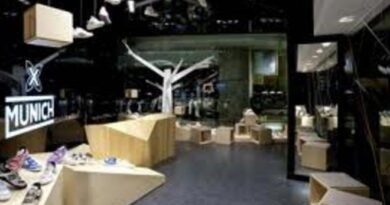 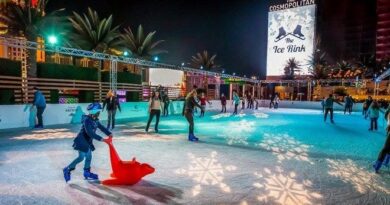 10 Best Things to Do in December in Las Vegas, NV 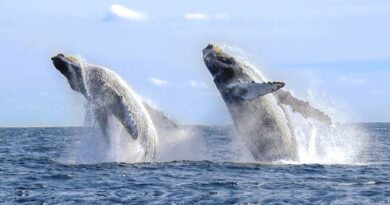 10 Best Things to Do in December in Cabo San Lucas