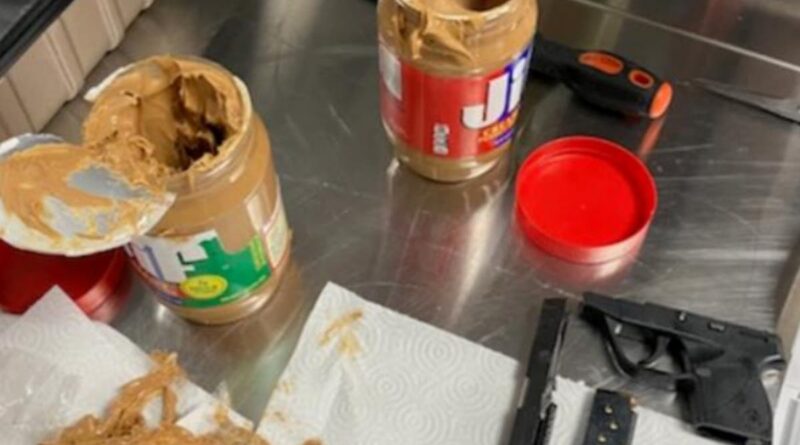 A man has been arrested in New York after airport security officers found a handgun dismantled and packed inside two jars of peanut butter.

The Transport Security Administration (TSA) posted photos of the semi-automatic handgun, which had been split into two parts in order to be stuffed in the Jif nut butter containers.

The agency’s officers made the discovery at John F. Kennedy International Airport in New York on 22 December.

It said the weapon was a .22 calibre handgun, which had been “wrapped in plastic and jammed into the middle of two plastic jars of peanut butter”, adding: “The gun’s magazine was loaded with bullets.”

The jars had been packed into a passenger’s checked bag, and were spotted at the checked baggage screening.

The TSA said Port Authority Police had been notified and tracked down the offending traveller, who is from Rhode Island, as he passed through the airport.

“The gun parts were artfully concealed in two smooth creamy jars of peanut butter, but there was certainly nothing smooth about the way the man went about trying to smuggle his gun,” said John Essig, TSA’s federal security director for JFK Airport.

“Our officers are good at their jobs and are focused on their mission – especially during the busy holiday travel period.”

Under US law, air travellers may travel with guns if they are packed appropriately and the passenger holds a valid permit.

Gun parts must be declared, unloaded and shown to security officers before being re-packed in a locked, hard-sided case.

The TSA posted photos of the peanut butter smuggling attempt on its Instagram feed, with one user commenting: “Why go with name brand peanut butter for this? Save some money and go with generic.”

It’s not the first time an air passenger has tried to conceal contraband items in creative ways to get through an airport.

In December 2022, a man tried to carry a gun through Atlanta’s Hartsfield-Jackson Atlanta International Airport by stuffing it inside a gaming console.

In September 2020, a man was stopped in Philadelphia after attempting to smuggle a gun inside his shoe through airport security.

Meanwhile, a man in Munich, Germany was arrested last year after trying to go through security with a live albino alligator in his luggage. 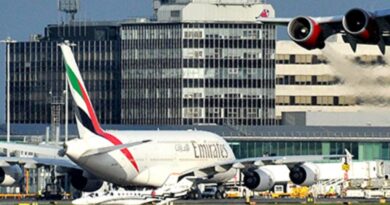 Are the trains on strike today? Every day in December 2022 and January 2023 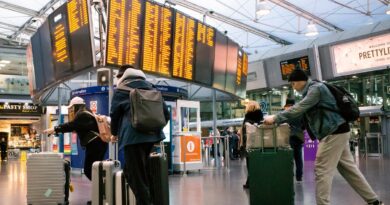