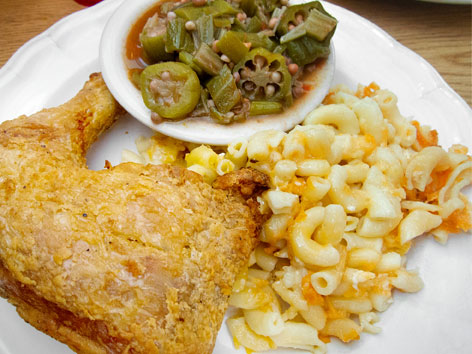 What: Historically home to a large African-American population, Washington, D.C., is a city rich in black culture, one that spans decades of slavery and segregation, civil rights struggles and victories, inspired leaders and vibrant arts. This is, after all, the site of abolitionist Frederick Douglass’s home, historic Howard University, and the first integrated schools in the U.S.; it’s where Martin Luther King, Jr. had a dream and the lively U Street corridor (and beyond) spawned and nurtured musical talents like Duke Ellington, Roberta Flack, and Jelly Roll Morton (not to mention the iconic Ben’s Chili Bowl). And it’s where soul food continues to provide a tangible cultural connection—a delicious one at that.

Soul food is, of course, the catchall term for a variety of African-American cuisine popular across the South, the origins of which are traceable to West Africa but largely came about in the kitchens of U.S. slaves. Regional variations around the country abound (see Charleston’s Lowcountry soul food, for example); in D.C., look for local favorites like half-smokes and Virginia ham, as well as an emphasis on seafood such as crab cakes, whiting, and Atlantic croaker, to join the usual (and beloved) soul-food suspects of fried chicken, spare ribs, chitterlings, mac and cheese, collard greens, catfish, pigs’ feet, sweet potato pie, and so on.

Where: In the Shaw neighborhood, just three blocks north of U Street, the 1944-opened Florida Avenue Grill (1100 Florida Ave. NW, map) enjoys the status of “oldest [surviving] soul food restaurant in the world.” It’s a narrow, cozy, dinerlike space—counter seating on one side, booths on the other, with framed photos of celebrity visitors along the wall—that can get quite crowded with locals, particularly during weekend brunch, when there will likely be a wait. Don’t sweat it—the food, the place, and the hospitality are worth it.

When: Tues-Sat, 8am-9pm; Sun, 8am-4:30pm. Good to know: The restaurant serves all-day breakfast and the “home-style dinner” menu becomes available at 11am, so go after then for the best of both worlds.

Order: Pictured is the super-crispy, not-greasy Southern pan-fried chicken (one-quarter chicken dark) with mac and cheese and some excellent stewed okra and tomato, off the dinner menu ($11 including the two sides and a corn muffin). It made for a very satisfying early lunch, just as our order of fried eggs with stewed apples and a half-smoke made a terrific late breakfast. (This is, in fact, where we realized what a fabulous breakfast meat the half-smoke is.) Next time we’ll try the “world-famous” hot cakes, or perhaps the smothered fried pork chop…

Alternatively: There should be more soul-food options in D.C. than there are, sadly. Of those that remain, nearby Oohh’s & Aahh’s (1005 U St. NW, map) is another popular choice, though it doesn’t serve breakfast, and we are fans of Henry’s Soul Café (multiple locations including 1704 U St. NW, map), a mostly takeout joint known for its wings with mumbo sauce and very sweet sweet potato pie, along with standards like fried whiting, pork chops, meatloaf, and mac and cheese. There’s also Georgia Brown’s (950 15th St. NW, map), which focuses more on Lowcountry cuisine but includes many soul-food favorites—and offers a popular Sunday jazz brunch. 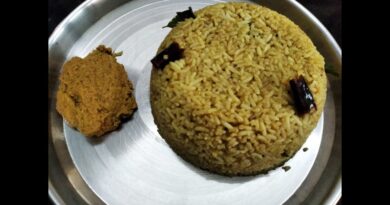 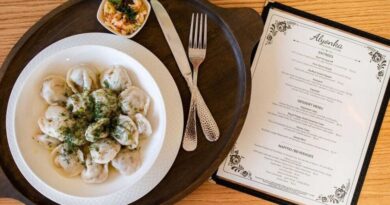 8 of the best international restaurants in Boise, Idaho