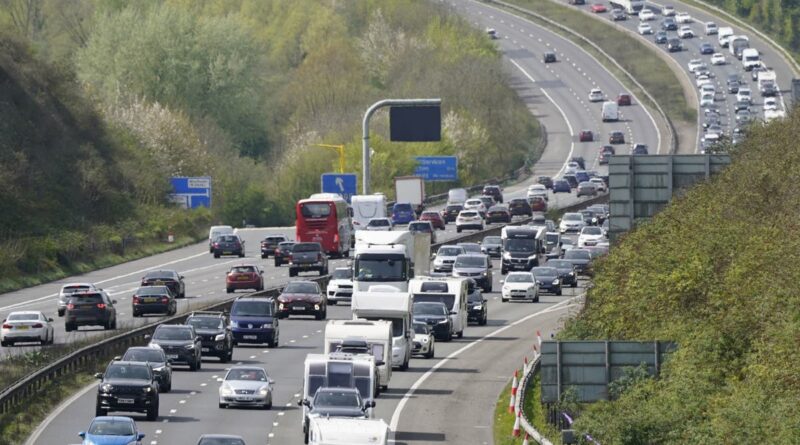 Related: Ambulance strike to go ahead as talks fail to break deadlock

Driving home for Christmas may become a traffic nightmare as rail strikes push more people onto the roads just as National Highways workers and control centre staff walk out, the AA has warned.

The motorists’ organisation has issued an amber traffic warning for Friday and Christmas Eve, and experts are urging drivers to set their Christmas travel plans in motion “as soon as possible”.

A four-day strike by National Highways workers from today until Christmas Day coincides with fresh rail walkouts that threaten travel mayhem over the festive period.

Members of the biggest civil service union the Public and Commercial Services union who are on-road traffic officers and operating centre staff in London and southeast England will walk out.

As workers prepared to walk out, the government announced regulated rail fares will rise by up to 5.9% next year.

The Independent’s Simon Calder urged drivers to hit the roads as “soon as you possibly can”, saying: “I’ve never known a Christmas quite like this for travel stress.”

Three Scottish island airports are closed for the second time this week as workers also take strike action in a dispute over pay.

Barra, Benbecula, and Sumburgh airports shut on Thursday after members of the Unite union walked out.

Bosses at Highlands and Islands Airports Limited (Hial) said Stornoway Airport on the Isle of Lewis would be open from 1pm to 7.45pm and Kirkwall Airport on Orkney will open from 7.15am to 1pm, and only for inter-island flights.

Union members rejected the 5% pay rise they have been offered, with almost three-quarters (73.5%) backing strikes in a ballot.

Inglis Lyon, Hial managing director, has previously apologised for the disruption, saying: “We deeply regret the disruption and inconvenience to our airline partners, passengers, and local communities that this action will cause.

“Against the backdrop of unprecedented financial pressures, we presented an enhanced pay offer to colleagues that maximised the flexibility within the Scottish Government’s pay policy, which Hial is bound by.

“We recognise the challenges colleagues face due to inflationary pressures and the cost-of-living crisis. However, the claim for a rise of at least RPI is unrealistic, and any further offer must be met from cost savings within existing budgets.”

Unite confirmed that medical and other emergencies will be serviced from all Hial airports on both days.

Driving home for Christmas may be nightmare, warns AA

Motoring assocation the AA has issued an amber warning to drivers as rail strikes push more people onto the roads and highways maintenance staff walk out.

Edmund King, AA president said: “Driving home for Christmas could spiral into a traffic nightmare if motorists get caught out.

“We’ve issued an amber traffic warning for Friday and Christmas Eve due to an expected 17 million drivers on the roads.

“Local authorities and National Highways have cancelled non-essential roadworks this weekend, but even that may not be enough to deal with the swell in traffic brought on by the rail strikes.”

He said that according to data from the location app what3words, a third of regular train users plan to travel by car this weekend instead, “so motorists need to be prepared for delays and set off earlier if they can”,

Regional strikes by some National Highways workers and control centre staff could also stretch resources and may leave drivers more vulnerable on smart motorways if they break down he warned, although National Highways has stressed the effects will be limited.

“Some drivers on festive visits may also be unfamiliar with smart motorways. The Christmas travel hot spots of the M25, M3 and M4 highlighted in our traffic warning are covered by the regional control centre strikes at the end of this week.”

Analysis of data for standard-class fares in Britain shows that a hike in fares of nearly 6% announced today would be the largest annual rise since a 6.2% jump in 2012:

Model and actress Elizabeth Hurley has hit out at British Airways after becoming stranded in Antigua:

A reminder that postal deliveries and collections will be disrupted because Royal Mail workers will go on strike tomorrow and Saturday, Christmas Eve:

Heathrow and Gatwick passengers are complaining about queues to enter the airport, to drop off baggage and delays in retrieving luggage.

Labour hit out at the “savage” rail fares increase after the Department for Transport announced a rise of up to 5.9%.

“People up and down this country are paying the price for 12 years of Tory failure.”

Border Force chiefs have warned travellers to prepare for disruption.

Head of operations Steve Dann said there were “robust plans in place” to limit the impact of the strikes, but the “contingency workforce will not be able to operate with the same efficiency as our permanent workforce”.

He added the organisation cannot predict the extent of any delays to passengers, but “people should be prepared for disruption”.

Electronic passport gates will be open but they cannot be used by all passengers, such as children aged under 12.

“The government could stop these strikes tomorrow if it puts more money on the table,” he said.

The worst disruption could be at Heathrow , the UK’s busiest airport, where 579 flights are due to land today.

Around a quarter of a million passengers arriving at UK airports today are being warned to expect delays as Border Force strikes begin.

Around 1,000 members of the Public and Commercial Services (PCS) union employed by the Home Office to operate passport booths will walk out at Heathrow, Birmingham, Cardiff, Gatwick, Glasgow and Manchester airports, and the port of Newhaven in East Sussex.

The Border Force strikes will take place every day to the end of the year except Tuesday December 27.

Aviation data company Cirium said 1,290 flights were scheduled to land at affected airports today, with a total capacity of more than a quarter of a million passengers.

This is the busiest Christmas for airports since 2019, as it is the first festive period without coronavirus travel restrictions since the start of the pandemic.

There are fears that delays in checking the passports of arriving passengers could lead to long queues and even people being held on planes, disrupting later departures.

Military personnel and volunteers from the Civil Service have been trained to step in.

Regulated rail fares in England will increase by up to 5.9% from 5 March next year, the Department for Transport has announced.

Transport secretary Mark Harper said: “This is the biggest ever government intervention in rail fares. I’m capping the rise well below inflation to help reduce the impact on passengers.

“This is a fair balance between the passengers who use our trains and the taxpayers who help pay for them.” 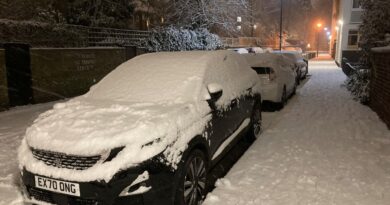 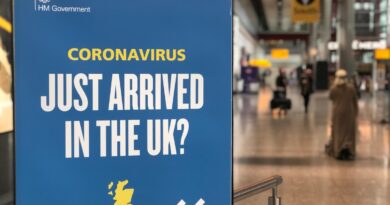 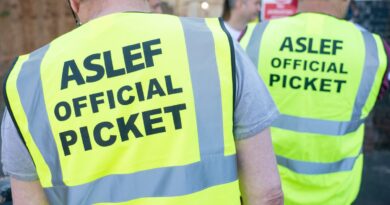