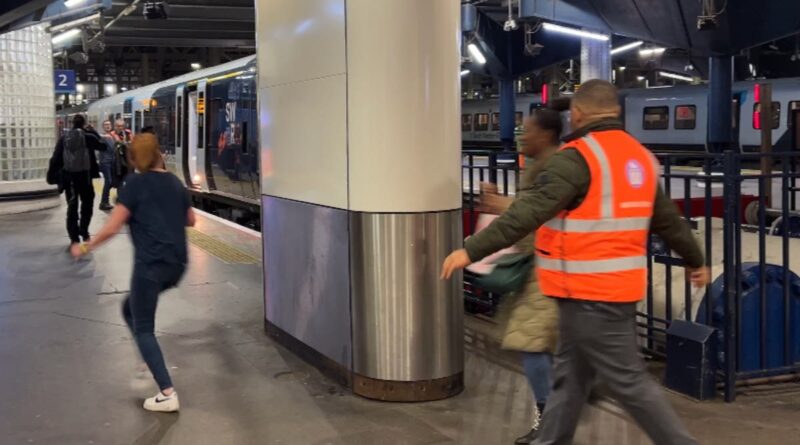 Rail passengers across Britain are currently facing no strikes at all. The last of five days of national stoppages ended in the early hours of Sunday 8 January, with full services for the first time almost everywhere in the country.

Another walk-out closed the central section of the new Elizabeth Line in London on Thursday 12 January, but has now ended.

The RMT union’s overtime ban, which has caused thousands of train cancellations in the past few weeks, is also over. But the long and bitter dispute drags on.

What is this all about?

There are three basic disputes on the railway – all of them concerning pay, job security and working arrangements.

What’s the state of negotiations?

Network Rail made a “last and final” offer to the RMT late last year of 5 per cent for in 2022, 4 per cent this year, plus an uplift for the lowest paid and a generous ticket discount scheme for staff and their family.

The proposal was put out to a referendum of union members with a recommendation to reject – which 52 per cent of eligible voters duly did. Only 30 per cent of those eligible to vote accepted the deal. The remainder abstained.

The RMT said: “It is clear beyond all doubt that their proposals are unacceptable to members.”

In the other two disputes, the train operators initially offered a 4 per cent pay rise in each of last year and this year – contingent on radical changes to working practices. The RMT leadership threw the proposal out immediately and called further strikes.

The RDG made an offer to the drivers’ union, Aslef, only on the afternoon of 6 January. The Aslef general secretary, Mick Whelan, says the first he heard about the offer was when journalists started calling about it.

He told the MPs on the Transport Select Committee: “There is not one line in that deal, from the opening comments to the final full stop, that I can recommend.

“It may destroy the ability to go back to those talks in future. “

Where do we go from here?

Ministers held talks with leaders of the main rail unions – the RMT and Aslef – on Monday 12 January. Previous talks with ministers have been described as cordial and constructive. but nothing substantive has resulted.

Each separate dispute is at a different stage.

The chief executive of Network Rail, Andrew Haines, has said he expects a settlement this month with the RMT – whose members working for Network Rail have been on strike for 20 of the past 200 days and have each lost pay running into thousands of pounds in the process.

Were Network Rail staff to settle, it would instantly guarantee a much better service for most rail passengers, even on strike days involving train operators.

At present the greatest harm during stoppages is caused by Network Rail signallers walking out; if the whole system was open, then many more trains could run.

What about the disputes with train operators?

A single-employer Network Rail deal is much easier to finalise than the multiple local agreements that are required to settle the train operators’ disputes.

Nevertheless sources have told me that the RMT could settle with the rail companies if pay is further increased by a couple of percentage points and modernisation proposals are watered down. The “driver-only operation” expansion – which was inserted by ministers into the December pay offer at the last minute – could be softened and described as a long-term ambition.

On Thursday evening, 12 January, both the union and the Rail Delivery Group issued separate statements saying the same thing: “We have had detailed discussions and we are working jointly towards a revised offer.

“Both parties have agreed to continue discussions over the next few days.”

The signs of a potential settlement – which would then need to be put to members for a vote, and (if accepted) negotiated for every train operator – are more optimistic than they have been since the start of the strikes.

But the train drivers, who have been on strike for six days in six months, could continue to stage walk-outs. While Mick Whelan insists Aslef members are not well paid, the RDG says train drivers’ average basic salary is £60,000.

Therefore they lose more cash in absolute terms when they walk out, but are in a stronger position to sustain those losses than less well-paid rail workers.

Despite the vitriol expressed at the Transport Select Committee meeting on Wednesday 11 January, it is clear that ministers have agreed higher pay and less stringent conditions, and that the RMT believes a deal is close.

Mick Lynch, general secretary of the RMT, believes his union’s action is part of a wider class struggle, saying: “We’ve got to make sure that the legacy of this time is a profound change in this society.

But it increasingly appears that the union wants a settlement.

He told Aslef members: “We will press our case for a realistic offer – the offer that you deserve after not having an increase since 2019.”

Passengers may be caught up in strikes for some time to come, while the need for £4,000 per minute of taxpayers’ cash on top of the usual subsidies shows no sign of reducing.

Have any more strikes been called?

The white-collar Transport Salaried Staffs’ Association (TSSA) staged a strike of its members working on London’s Elizabeth Line on Thursday 12 January, bringing the flagship £20bn line through the capital to a halt.

Action short of a strike, comprising a work-to-rule instruction to work only contracted hours, take breaks and not provide contingency cover will run from then through to 28 February.

Unions must give at least two weeks’ notice of future strikes.

Will my train be running during the rail strikes next week? 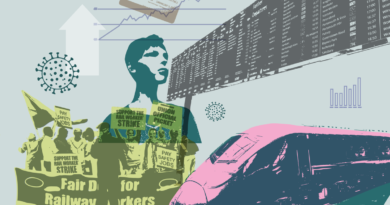 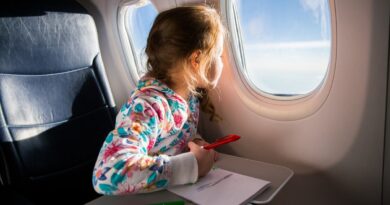 Unaccompanied minors: Can children travel by themselves on flights?