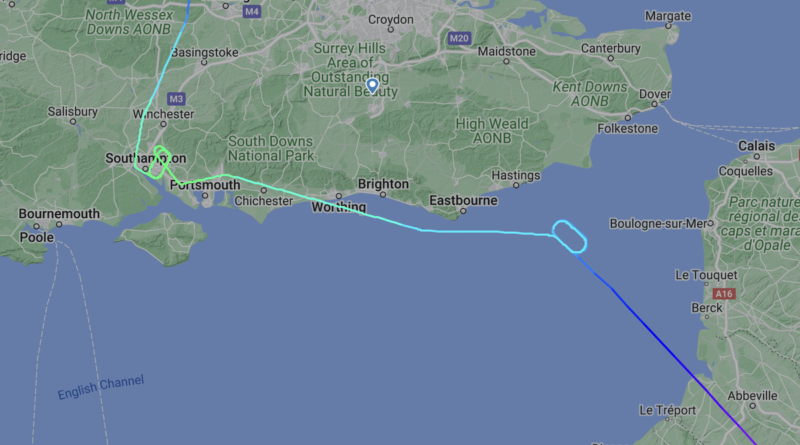 Tens of thousands of passengers have woken up on Monday morning a long way from where they expected to be after hundreds of flights at London’s airports were cancelled and diverted on Sunday.

Airline schedules have been torn up on Monday, with The Independent identifying more than 320 flight cancellations to and from the capital’s airports.

On Sunday passengers on dozens of flights heading for Stansted and Gatwick airports touched down at airports as far away as Amsterdam and Newcastle instead.

One easyJet flight from Pisa to Gatwick flew a holding pattern over the Channel while hoping to land at the Sussex airport, then diverted to Southampton, which was also closed, before diverting to Manchester.

Tony Anderson, a businessman from Cambridge, was due to arrive from Valencia at Stansted at 6.30pm – but instead his Ryanair flight diverted to Brussels, where he arrived at 2.20am. No hotel nor meals were provided, and he is unclear when he might complete his journey.

“Ominous sign – Ryanair flight 888 has now disappeared from the departure boards,” he said.

Around 80 flights to and from Stansted, mainly on the Irish airline, have so far been grounded.

A spokesperson for Ryanair said: “Due to ongoing severe snowy weather across the UK, Stansted runway has closed temporarily disrupting flights to/from the airport last night and today. Affected passengers have been notified and advised of their options.

“As the snowy weather continues across the UK, our teams are working hard to minimise disruption to customers and Ryanair advises all customers flying from the UK today to check the Ryanair website/app for flight status updates before travelling to the airport.

“We sincerely apologise for these weather-related disruptions which are entirely beyond our control.”

Figures from the flight data specialist Cirium show that one in six of flights from Gatwick airport were cancelled over the weekend: a total of 91.

Overall, a total of 316 outbound flights were cancelled across the UK at the weekend, representing one in nine of all scheduled departures.

Some planes simply turned around and went back to their starting points in Luxembourg, Edinburgh and Milan.

Those passengers who landed at the wrong airports in some cases waited on the plane with a view to the airport reopening. Otherwise they were put on buses to the intended destination airport – or put up in hotels.

With so many planes – and pilots – out of position from yesterday’s diversions, as well as continued poor weather, at least 250 flights to and from London airports have been cancelled on Monday as wintry weather continues.

Airports are urging passengers booked to fly on Monday to check before going to the airport that their flight is still operating.

British Airways alone has grounded more than 70 short-haul flights to and from London Heathrow on Monday. Destinations with multiple cancellations include Belfast, Edinburgh, Milan, Zurich and Barcelona.

A further 50 BA flights have been cancelled to and from London City airport.

A spokesperson for British Airways said: “Like all airlines operating to or from London, our schedule has been affected by continuing adverse winter weather conditions.

“We’ve apologised to our customers and are doing everything we can to ensure as many are able to travel as possible. We’re refunding or rebooking anyone whose flight has been cancelled and providing refreshment vouchers and hotel accommodation where needed.”

BA is using larger aircraft, where possible, to carry passengers from disrupted flights.

Aer Lingus and Iberia of Spain have also cancelled flights to and from Heathrow.

At Gatwick, easyJet has so far cancelled around 60 flights to and from the Sussex airport, including services to Rome, Madeira and the Canary Islands.

Wizz Air and British Airways have also grounded around a dozen flights each at Gatwick, mainly to Mediterranean destinations.

Gatwick tweeted: “The airport is open and flights are operating however freezing weather will cause delays and cancellations for the rest of today.”

Flights are arriving and departing at Luton airport, but easyJet grounded 16 flights on Monday while Wizz Air cancelled 26 – including flights to and from Tel Aviv, Sarajevo and Malaga.

At airports elsewhere in the UK, the main problem was multiple cancellations to and from the London airports. But Belfast City also had flights to and from Birmingham, Manchester, Leeds Bradford and East Midlands grounded.

All the passengers waiting to fly out are covered by European air passengers’ rights rules.

Travellers whose flights are cancelled or delayed are entitled to be flown to their destination as soon as possible – and must be provided with meals and, if necessary, accommodation, until they are able to travel. But just two weeks before Christmas there are limited options for getting people where they need to be.

Cash compensation is not payable because the closure is classed as an “extraordinary circumstance”.

Many trains in south east England are disrupted on Monday, with Southeastern urging passengers not to attempt to travel between Kent and London.

The weather disruption will cause serious problems for people who were hoping to go by rail ahead of the next round of national rail strikes, which begins on Tuesday – with cancellations because of the walk-outs starting in early evening. 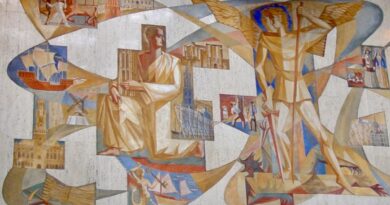 The Brussels Dilemma: what should I do with my unwanted ticket? 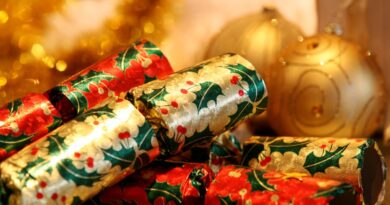